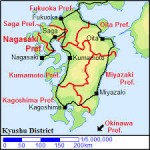 An article on the 3 Japanese-Indo offspring visiting Japan.
(Translation)
Separated by the War: Travelling through Father’s land
Mutual understanding beyond discrimination and isolation

Three 2nd generation Japanese Dutch people visited Hirado city during their trip to Japan, the land of their lost fathers.
On the evening of the 23rd, they met the citizens of Hirado and spoke on their discriminative experiences and appealed the importance of peace.
With the invitation from the Ministry of Foreign Affairs, these 3 people arrived in Japan on the 21st. On the 22nd, they attended the memorial ceremony for the Dutch POW in Mizumaki City, Fukuoka. They are staying 9 nights and 10 days until the 30th in Japan.
In Hirado, the “Kokusai Koryu Hira no Kai” (international exchange Hira no Kai, represented by Mr. Takashi Inoue), organized a reception, to which about 20 people attended.
According to Hira no Kai’s explanation, the former Japanese Imperial Army occupied the former Dutch East Indies during the war. During the occupation, children were born between Japanese males and Indonesian* female. Those children and the mothers were left behind after the war and experienced discrimination and oppression.
After the independence of Indonesia in 1949, about 800 Indonesian women with Japanese children moved to the Netherlands.
Among those 3 is Alfred Leonard Augenstein (68 years old), and he told “My adoptive father (to whom my mother got married after the war) was a Dutch solder, and as POW, he was made to work at the Thai Burma Railway until the capitulation.” “When I met him for the first time, he did not hug me or even touch me.” He continued, choked up with tears, “After that, he treated me fairly, but he saw the impression of the enemy in me.”
Mr. Augenstein appealed “Someday, I would like to see a photo of my father. This way, I should be able to complete the puzzle of my life with the one last piece.”
Other 2 also had adoptive fathers who was a POW of Japanese army or a Dutch guard working at the Japanese camp, and told about their past, isolated in family and the people around them. They told, “a war is the worst thing that humankind brought to the world. Our only wish is the world peace.” “We had sad experiences, but I still believe that people can understand each other. “
They are to visit Nagasaki on the 25th and to pay floral tribute at the Peace Park.
(by Shuichiro Ogata) 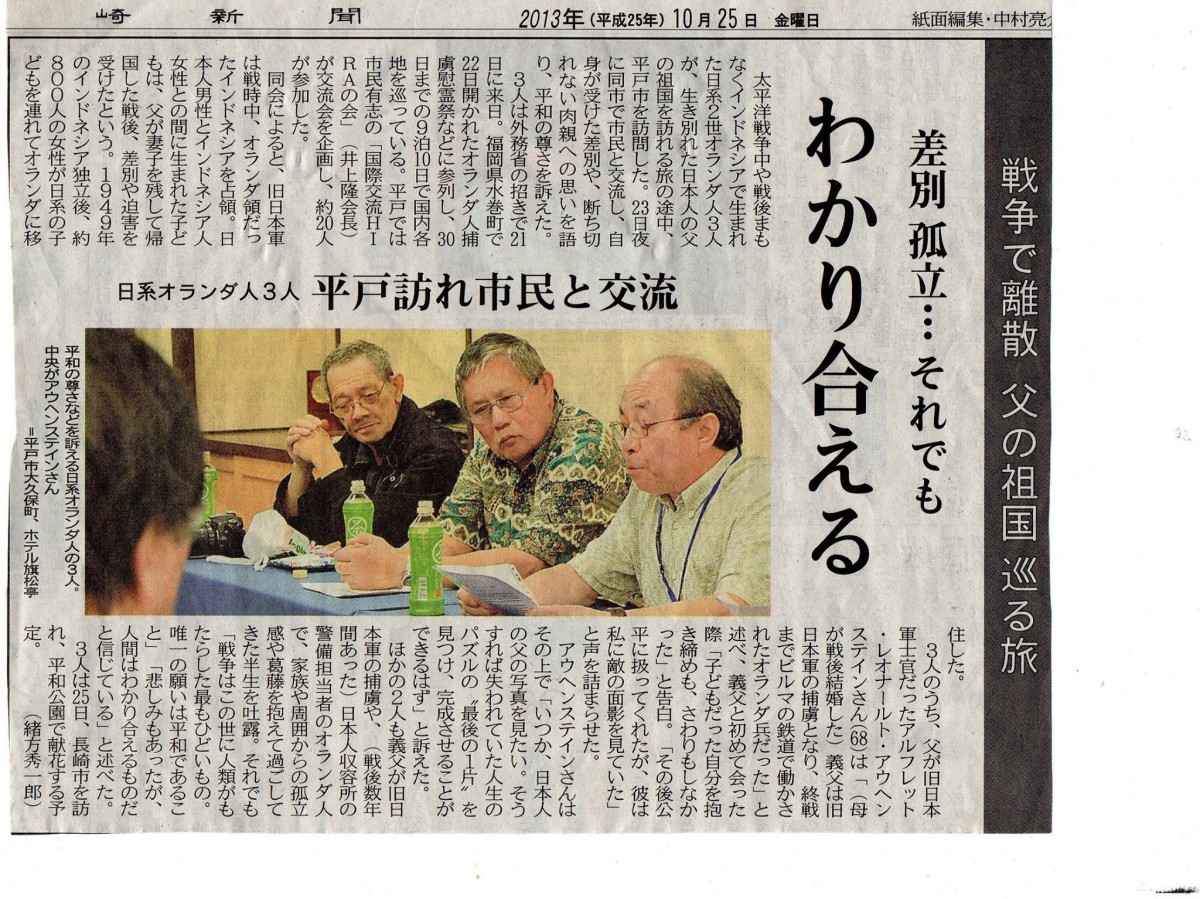